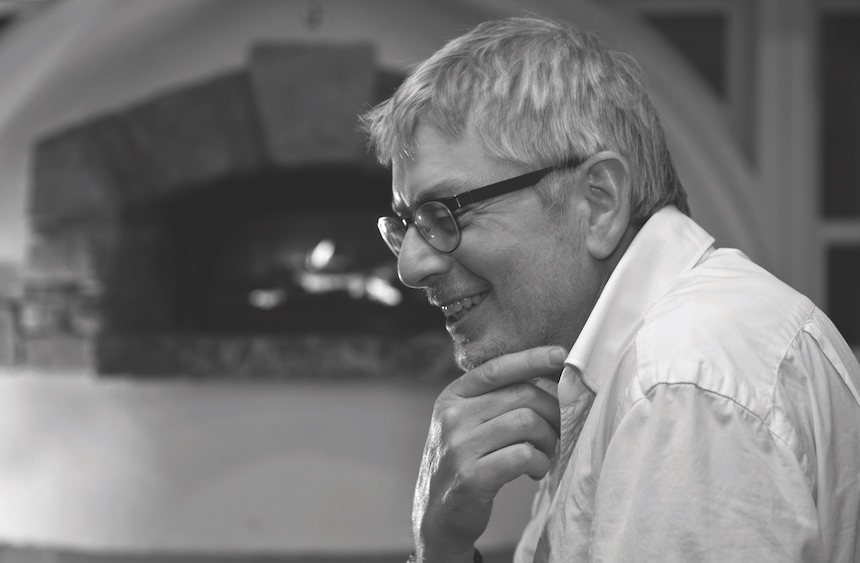 The legendary Portland baker and catalyst to the city’s culinary evolution, Ken Forkish’s set to bring his passion for artisan pizza and bread-making to International Pizza Expo on Wednesday morning, April 1 at the Las Vegas Convention Center.

After a 20-year career in the tech industry, Forkish turned his attention to baking, relocating to Portland, Oregon, and opening Ken’s Artisan Bakery in 2001. Fueled by the success of a Monday pizza night at the bakery, Forkish opened Ken’s Artisan Pizza in 2006. Both restaurants have become wildly sought-after destinations for Portland locals, as well as a top national food destination.

He took his love for artisan baking to the masses in 2012 with his first book: Flour Water Salt Yeast: The Fundamentals of Artisan Bread and Pizza. The book received such acclaim in the culinary community that it received both a James Beard award and an International Association of Culinary Professionals award. He followed the sensation up with another book: The Element of Pizza, a quintessential guide to the pillars of great pizza making.

He was also a finalist for the national James Beard Award “Outstanding Pastry Chef” in 2013. That same year, he opened Trifecta Tavern & Bakery in Portland’s Central Eastside, a bar, restaurant and small-batch bakery.

Operating in a “foodie” town is challenging. There’s pressure to keep up not only in the pizza industry but against other restaurant concepts that seem to be opening on a weekly basis in Portland. Ken will bring to his keynote an undeniable passion for pizza and baking, knowledge of the craft and tales of his successes.

Let’s have the biggest Pizza Expo ever! We’re expecting more than 9,000 pizzeria owners and operators to converge on the West Hall of the Las Vegas Convention Center on March 28-30. With so much packed into the week, we’re here to get you ready

Fill your February Calendar with Key Dates, Observances and Food Holidays February may be the shortest month of the year. It is also packed with observances, food holidays and one of the biggest pizza sales days of the year. Let’s look at some key

Man on the Street: Popping the Pop-Up Pizza Concept Bubble

A few weeks ago, I ran into a friend who makes pizza for a living. She got her start about five years ago and has been busy running pop-ups at bars and events ever since. She told me about plans to shift up from running spotty pop-ups to something mo

Knead to Know: The Art of Focaccia

A guide to the versatile Italian Flat Bread Focaccia Oh, focaccia! How I love thee. Focaccia holds a lot of meaning for me. In the last two years, focaccia has been the one thing that has taught me the most. It has been the one item that I have gone

Super Bowl Sunday is coming this month. I’m sure you’ve already marked your calendars for February 12th. When the NFL’s biggest day hits television screens across the nation, sales of pizza and wings skyrocket. You know the drill, so I’m conf

Don’t blame others for a bad hire. Look in the mirror. We all know the saying about subpar employees: One bad apple ruins the barrel. But if that’s true, why do we as pizzeria owners tolerate the bad apples on our staffs? Obviously, no one wants

How to ace your next health inspection

Pizzeria owners can still sell alcohol for takeout and delivery if they follow regulations Sales of beer, wine and liquor to-go helped many restaurant operators stay in business during the pandemic. These sales were made possible when state governmen

MOTO Seattle, Washington   Concept: MOTO “OddPizza” is a combined expression of all my pizza making experience, mostly inspired by my travels to the night markets in Asia and Europe, where I found unique, quality food from fast, efficient op
Loading...